Menemen is a well-known traditional Turkish dish that combines eggs, tomato, green peppers, and spices including ground black and red pepper fried in olive oil. It is an easy one-pan recipe that takes 20 minutes or less to prepare.

The name of this filling egg scramble comes from the Turkish market town of Menemen, a tiny settlement off the main road in north Izmir.

Ever since I bought myself a sahan (sahan are shallow metal utensils used to prepare and serve Menemen), I have made it a couple of times. The primary issue I always have each time I try making Menemen is finding the right type of pepper. The majority of home recipes call for the base of the dish to first be made with green bell peppers, onions, and tomatoes before eggs are added. Even in Istanbul, we had some variants of Menemen that were made with bell peppers. The best ones, however, were prepared using a completely different variety of green pepper: slimmer, less grassy, with a tad of bitterness and a pronounced heat.

Also, Japanese Shishito peppers, Spanish Padrón pepper and the Chinese long green horned peppers (all are varieties of the cultivar Capsicum annuum var. annuum.) They have the perfect combination of bitterness and mild heat this dish requires. 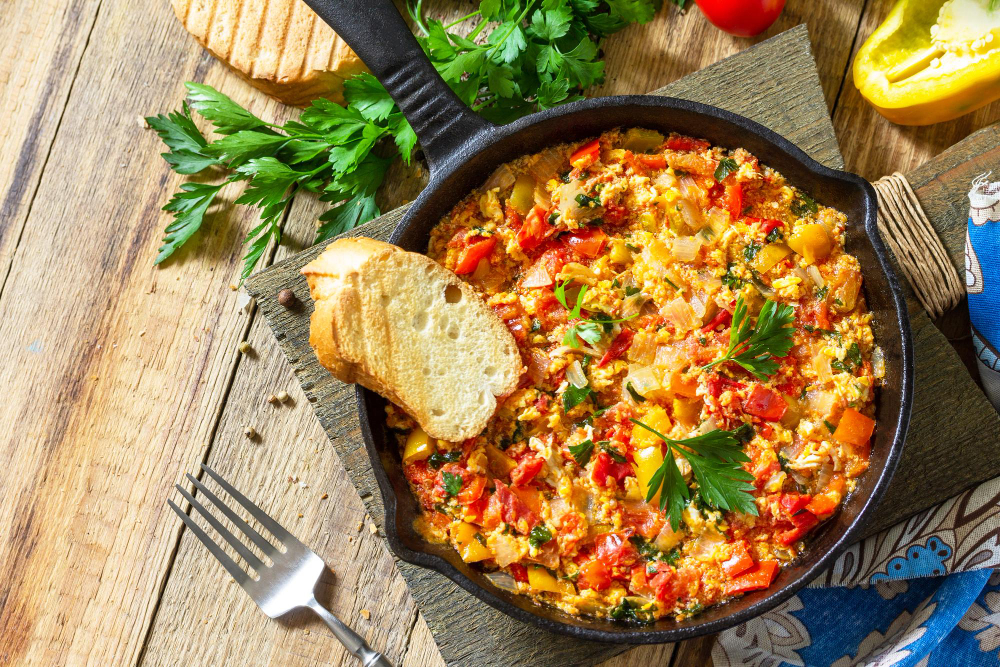 To start, I slowly cook the shishito peppers and onions in extra virgin olive oil with a pinch of Turkish pepper flakes from Urfa (in case you can’t find Turkish pepper, substitute with paprika powder), a dash of oregano, and lots of black pepper in a sahan until they’re a little bit soft.

Next, I added some roughly chopped tomatoes, I then cooked the entire mixture over medium heat until the tomato juices were concentrated and the oil had developed a rich red colour.

I’ve discovered a way that makes it much easier to achieve the ideal soft texture: Take out and reserve roughly half of the vegetable mix and set aside. The mixture then cools slightly such that when you add it back to the eggs at the end, it will immediately cool the mixture, preventing the eggs from overcooking.

The eggs themselves should be lightly beaten and generously seasoned with salt and pepper. The final dish should contain distinct white and yolk pieces. The eggs were poured in a little well I had made in the centre of the onion and pepper combination.

I gently and steadily stirred the eggs while I cooked them, scraping any cooked egg from the sides to prevent them from burning.

The important thing is to move continuously, but gently. By doing this, you may keep the distinct white and yolk portions of the eggs while making sure that they cook pretty uniformly. I removed the sahan and stirred in the reserved vegetable mixture once the eggs were just barely, quiveringly set.

It’s not common, but I garnished the meal with a tiny amount of chives because chives and eggs go along perfectly.

As soon as the vegetable mixture and egg were well combined, I removed the sahan from the heat and I served immediately. 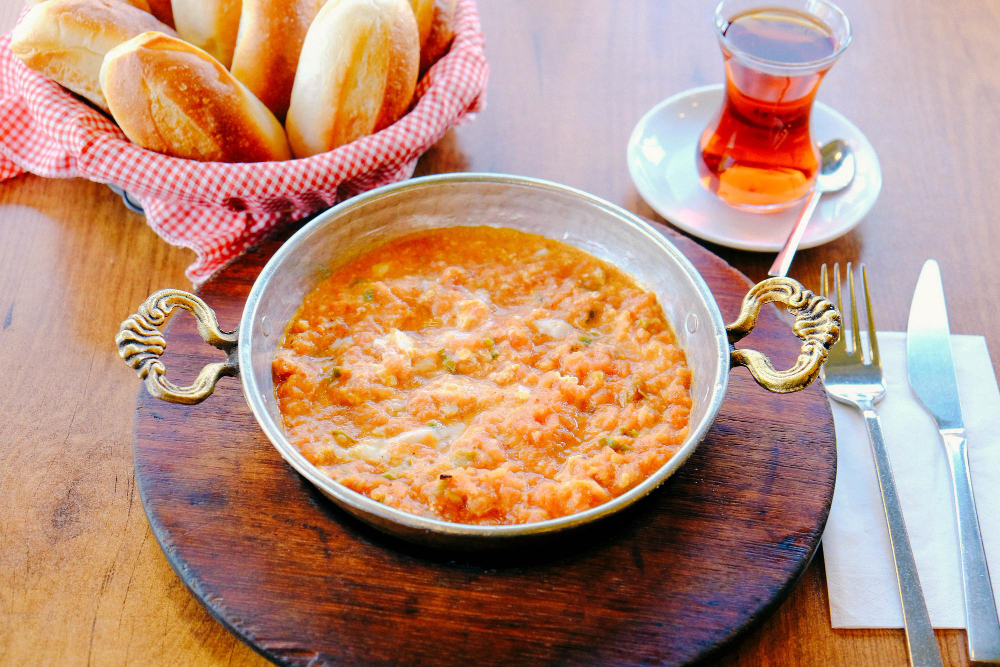